Home
Business
Investment
Why are Women Required to Save More Than Men for a Secure Retirement?

The Republic of India is a developing nation which boasts to be the second in line to the most populated country. Being the seventh largest country by area, India has a democratic governance.

Like all nations, there are a few prevalent practices India follows because of the cultural diversity.

The last Census survey revealed that sex ratio is 940 females to every 1000 males.  Women are often viewed as the weaker sex and have to face discrimination in various verticles of their life.  It is a fact that a country can only progress if every section of the society has access to equal benefits, opportunities, and rights. Although the government is trying to support the concept of women empowerment, it just ends up being a sensitive subject at the present.

At present, females are faced with discrimination at every step of the way. There is a huge difference between the literacy rate, employment opportunities, career opportunities, equal pay, growth options for females.

Various noticeable discrimination for females are listed below-

One of the most crucial stage to plan for in a person’s life is the retirement stage. Age is a natural phenomenon and with each passing day, the utility, as well as the capabilities of a person, depreciate.

Retirement planning should be a quintessential requirement for a secure future. Men and women retire at different stages in their lives and thus need separate plans for their retirements.

All the above-mentioned reasons are why it is very important for every female individual to take care of their personal interests and plan well in advance for a secured future.

By nature, females are taught to be dependent on their male counterparts for finances. Before they are married, their fathers support their basic needs while prior to their marriage, their husband’s handle their financial matters.

It Is also noticed that most financial investments are done by males as they are more future-oriented.

Why is it important for females to invest in retirement plans?

Women empowerment is a major highlight in the government’s play in the current times. Because of this, the situation and exposure for women is changing slowly. But it should not be considered in any way that the progressive process of providing equal opportunities and rights for women shall be a quick one. It is going to take a lot of effort and fight from the women as well as a lot of acceptance of change by males and change in social norms prevalent in the country at present.

Till then, women will have to live with an unfair discrimination based on sex and protect their interests by planning well in advance for their future. Thus making retirement planning an essential inclusion in their future plans. 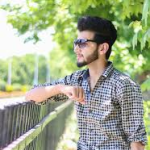